‘The lure of town is strong. But never as strong as the pull of the trail.’ 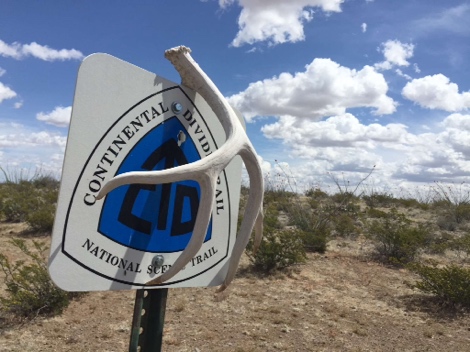 I never thought I’d say that I was lucky to be hiking in 27C. I’m a 22C man personally, that’s my favourite temperature to hike in, not cold and not too hot. Apparently it’s not unusual in the New Mexico desert for it to hit 40C during the day so on day one of the CDT it was a pleasant surprise to be 13C shy of that. 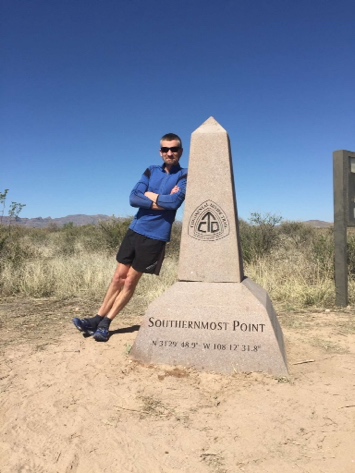 It’s a barren part of the world down here. There really is nothing man made in sight anywhere except the occasional gravel road and a few windmills pumping water up from the bowels of the New Mexico desert. The eye stretches to the horizon over a rocky landscape where little grows except plants with either thorns or needles. The only signs of life are rattlesnakes, incessant flies that just never give up pestering, and the occasional brightly coloured bird.
Without seeing this corner of the world it’s difficult to describe to you. A vast emptiness meets the eye. A huge landscape stretching away to infinity in every direction, a barren sea of green scrub, broken by white sands. Mountain ridges tower over everything, rising from this sea like isolated islands. 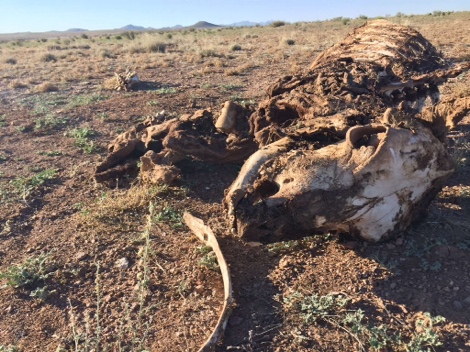 At evening camp on day one, four border patrol trucks parked nearby and were soon joined by a helicopter looking for a determined Mexican immigrant. They found him dehydrated and came to us asking if anyone had some electrolytes. We obliged but when I heard of this request the following morning it annoyed me. Illegal he may be but with scorching temperatures, surely it must be a priority for the border patrol to carry some sort of rehydration supplement, and food?
I have been told that navigation out here needs to be spot on and I realise now why. New Mexico is the best marked section of the CDT – every quarter of a mile or so a lone post rises from the sand, topped by a CDT symbol. Reach it and scan ahead for the next one, eyes straining in the sun. Often it’s not visible so my walking companion, a guy called Hojo who I hiked some of the PCT with, carry on in a similar direction, our gaze flicking between scanning the horizon for a post and watching the ground for prickly plants and snakes. Eventually a trail marker obliges and the process begins over again.
We are taking the start easy. The method I employed on the Appalachian Trail means fifteen mile days will be the norm for a couple of weeks, the sole purpose for me being blister prevention but also to break the body in gently. It’s a fierce environment that takes its toll on my body.
The heat and sun are the main enemies, I drink every few minutes and we keep a keen eye out for the next water source. There are no rivers, steams or lakes here. Our only sources are water caches maintained by the CDT organisation and solitary, lone windmills  or solar pumps bringing water from the depths. These are often frequented by free roaming cattle and topped by a green scum. If that doesn’t make you want to pull out your filter then the floating, dead rodents should. 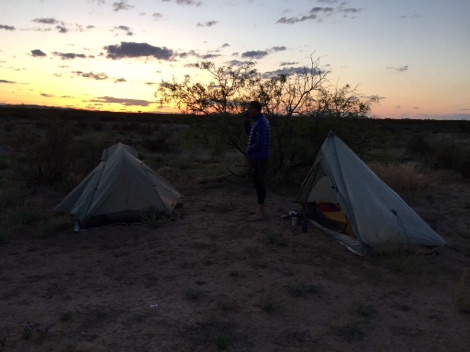 On the third day Hojo and I were met by the welcome sight of cloud cover and slightly lower temperatures. The main problem we have is the wind, which is ferocious. During the course of the day it intensifies until we are buffeted into submission. It blows sand everywhere and occasionally a mini whirlwind catches us unawares as we cower until it races off once more.
‘If a stick moves it’s probably a snake.’
– Cookie Monster
The heat, wind and sand are relentless. Imagine standing in front of one of those large office fans on full throttle, throw a bonfire in front of it and some bloke chucking buckets of sand as well, and you have some idea of the torture. However, it does have plus points. It’s a welcome respite from the heat as it cools us somewhat and also, the insects are kept at bay. Once the wind fades to nothing, we are pounced on by flies and also bees. The water cache and campsite at end of day one was infested with bees that didn’t leave us alone all evening. Although relatively docile and just after some moisture from the cache, no one got stung but we were forced to retreat to out tents. 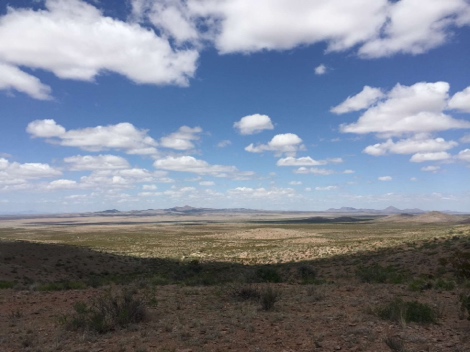 Sitting in my tent at mile forty five, at end of day three, the raging wind seems even stronger, and a new problem reared its head. The sand is so fine that it manages to work its way under the outer fly sheet, and even through the insect netting. As I look around the inside, a fine, red powder has coated everything I own. My sleeping bag, sleeping mat, and everything else, including me is covered.
A raging thunderstorm last night was a surprise, even in the New Mexico desert there’s rain, but we didn’t expect it. The temperature had plummeted in the morning and for most of the day, despite intermittent sunshine,  I wore a long sleeve top, Pertex shell, leggings and a hat. It was a pleasant change to the searing heat Hojo and I had experienced for the first three days and made for pleasant hiking. 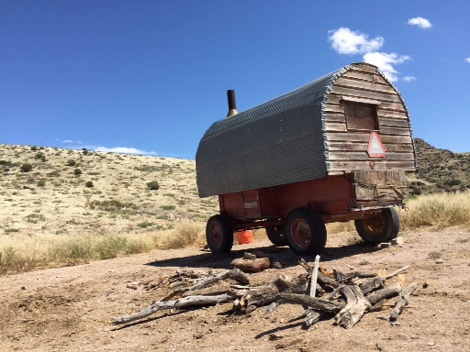 I’ve had one minor gear casualty, and another major one already. I didn’t bring my silver spoon which I found on the PCT in 2010 for fear of losing it, so a trusty titanium favourite made the cut. Unfortunately I did mange to lose it somewhere so had to resort to using my knife. Adding insult to injury, this subsequently snapped in half so now I am reduced to eating my dinner with the remnants of it. 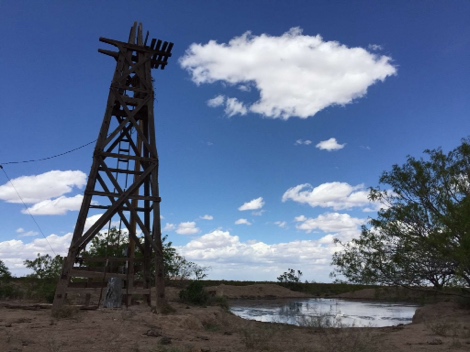 The major gear casualty has been my sleeping mat. I bought an Exped Synmat with me, which is an airmat also containing synthetic insulation as the nights can go well below freezing. On pumping it up, one of the chambers is twice the size so I have what appears to be a minor mountain range running vertically from the top, to the bottom of it, which means I either slide off one side, or am uncomfortably jacked up.
We made the town of Lordsburg, after five days and eighty five miles. Averaging around sixteen miles per day, this was our plan to break ourselves in gently and to avoid blisters. So far it seems to be working. This daily distance will continue for a couple of weeks when we will start to meet twenty miles each day minimum for the rest of the trail, and to push twenty five miles plus as often as possible.
The day after we arrived the heavens opened and our world is not dry and dusty, but cold and wet. The last sort of conditions I expected in one of the hottest and driest places on Earth. Hopefully tomorrow the rain will have stopped, and we anticipate cooler temperatures.
Five days in, eighty five miles down, we are a mere 5% done.
‘I hurt so bad even my hair hurts.’
-HoJo 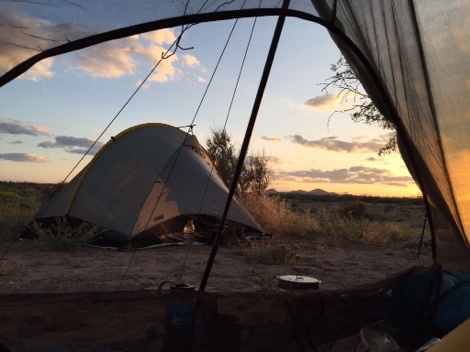