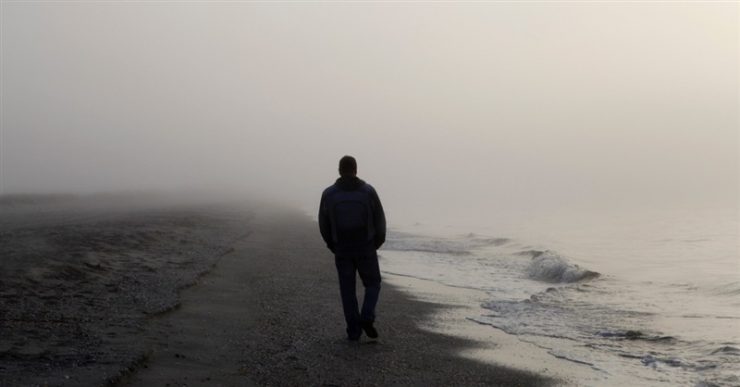 Crete is the largest of the Greek islands, and one of my favourites. I adore their cuisine, appreciate the hours of sunlight, marvel at the scenery, and the history fascinates me. I respect the fiercely independent islanders, who refer to themselves not as Greeks, but Cretans.

I’ve spent a lot of time there in the past decade. I worked at a yoga centre, ran a taverna, and enjoyed several holidays. I know Cretans who have accepted me as one of their own, shown me all the best tavernas, regaled me with tales from the island and recounted the ancient times.

Crete is an outdoor mecca. The mountains soar to 8057 feet, offering spectacular views. It’s a dry, rugged and unforgiving land, capable of testing any hiker.

Walking from the east to the west coast, taking around three weeks, has been a dream for years. I go giddy just planning it.

And this year, that planning finished because early September I flew out to Chania, travelled down to Palaiochora on the west coast, and spent a week with a friend before attempting what I had been hoping to do.

Except I didn’t. I never got on the bus to travel east. I never filled my water bottle in anticipation, didn’t buy stove fuel, or lace up my shoes. I never took one step.

As readers of this blog know, I suffer from occasional depression. This illness manifests itself in many ways. For me, the most common is a complete lack of motivation.

Even in the past ten years, depression was a subject we thought carefully about broaching. It wasn’t generally entertained at dinner parties. Sufferers had perhaps one friend who they could open up to. A taboo subject, tell others at your peril because often they thought you were weird, or if someone was depressed,  couldn’t they simply snap out of it?

I was guilty myself, even as recent as five years ago. My partner at the time was battling depression and I didn’t have a clue what it was. I did think it was a mood that could change with a little effort. I didn’t know it was an illness.

I become annoyed at her one morning when she was still in bed at mid-day (a common side effect is not wanting to get up). I became frustrated, and angry at her because I didn’t understand what she was going through.

I look back now in shock, ashamed at how I reacted.

Recently the awakening is tangible. We are not as cautious anymore; many sufferers now discuss their depression. And the rest of us have some idea of the demons we battle.

It’s heartening to know the stigmas are eroding.

Back to the original question – How can a hike I never even started be a success?

Last year I booked two holidays abroad. One to Crete, the other to Majorca. On both occasions, I woke on the day I was due to travel to the airport, and then called EasyJet to cancel.

Why? Because I couldn’t even find the mental strength to pack my bags, let alone get the train to Gatwick, or check in, go through customs and everything else involved. In the space of just a few years, I have gone from 2600 mile hikes, to being incapable of packing a suitcase.

This year I didn’t hike across Crete. However, having developed a courage and strength to battle this monster, I packed, got to the airport, and spent a fantastic ten days there. This may not seem like a major accomplishment to you, but in some ways, it proved a worthier victory than hiking the Pacific Crest Trail.

My next book, High and Low, is a memoir about hiking across Scotland two years ago when my depression bit hard. Here’s an extract.

Splashing water on my face in the Gents, I looked at my reflection. Two hundred miles had taken their toll; my hair was matted, dirt streaked one cheek and my face was sunburnt. I looked tired, drained, but it wasn’t a physical weariness. My eyes appeared weak and unsure. I’d never seen them like that before – there was no sparkle, merely a resigned, faded glaze. I stared into the mirror for a while, motionless. Who was this person scrutinising me? He looked lost, confused and sad. For a moment he seemed to plead, crying for answers to questions he didn’t yet have. He wanted help.

Next time I write about hiking across Crete, I hope to be telling the story of how I did, finally, achieve it.