One December I was out with some friends on my local hills, the South Downs. They’re not huge, topping out at around 1000 feet. They are beautiful in their own right and that is why I make regular jaunts up there. The walk in question is a yearly tradition between mates, a fifteen miler stopping at a couple of pubs and using the time to view the best of Sussex and catch up with people I sometimes don’t see for 12 months. Even if you know your surroundings intimately, despite modest elevations, and because you thought someone else brought the map, events can go wrong.

It was 5pm, dark in England at that time of year and compounding the deteriorating visibility, a low cloud base swirled around us. Our field of vision stopped abruptly where our torch beams gave up as a fence appeared in the murk. We were on a footpath doing a walk that we’d completed many times before.

What could go wrong? 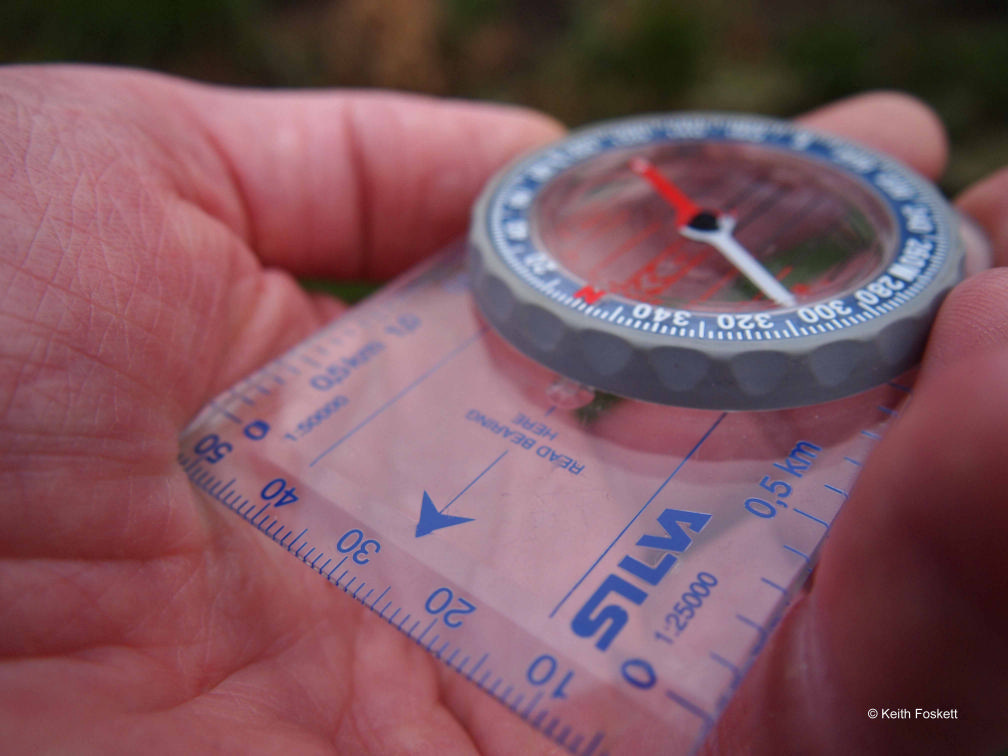 I was up front looking forward to a tea cake and cup of Earl Grey at the Singing Kettle Café, two miles distant. I slowed, as I do each year at the same place because I always forget the direction. I turned to Ted, a route veteran.

“We have to take a right somewhere around here yeah?” I said unconfidently.

I reached the turn, looked back at Ted for verification to which he nodded, and turn right we all duly did. No one questioned it, despite everyone’s familiarity with our route. Ten minutes further on and I turned to my best mate Jeremy.

We reached a stark, solitary steel gate with an unwelcoming white sign.

Private Land – No right of Way

This was not so bad, it verified we had taken a wrong turn and just needed to re-trace our steps back up the hill but we’d become disorientated. Someone disappeared into the bushes amidst mumbles of ‘This looks right’.

‘This looks right’ soon turned out to be completely wrong.

We convened at the gate for a discussion. No one had a map or compass and perhaps only 3 of us were familiar with them anyway. There was a SatNav device on offer but again, no one knew how to use it, including the owner. 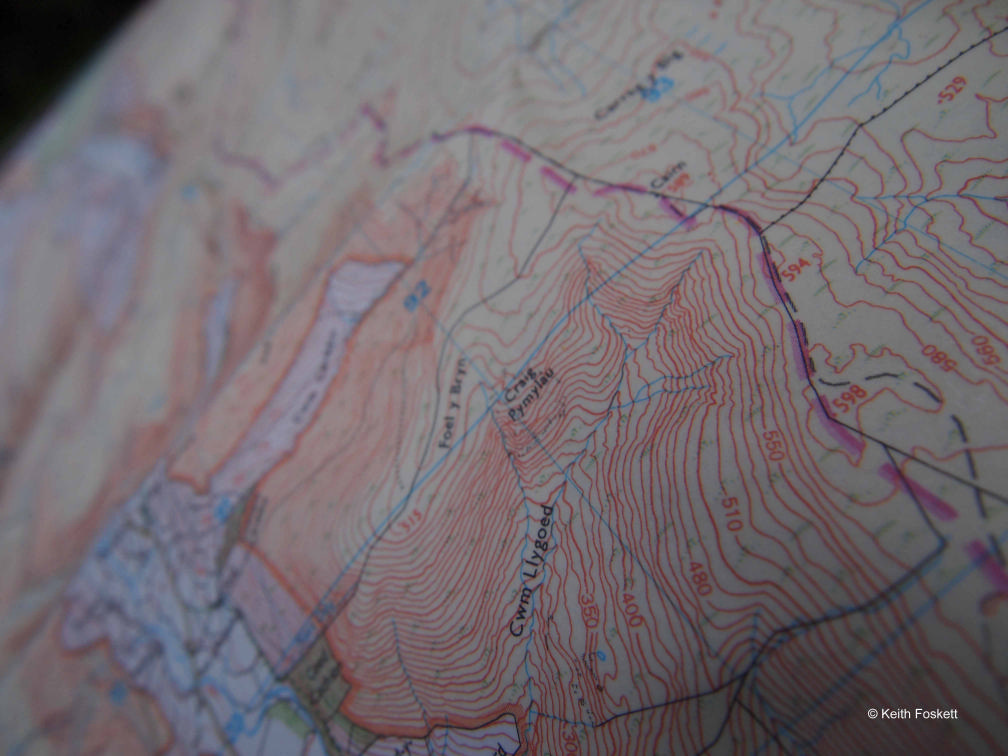 It may sound obvious but you cannot get lost if you know where you are. This advice was drilled into me many times by my tutor a few years ago on a navigation course while descending Scafell  Pike in the Lake District. His point was simple, always concentrate on the location through regular checks on the map and landmarks. If you know where you are, then the bearing and distance to the next checkpoint is easy. If you don’t, especially in mist and dark (one of the worst combinations), then it has the potential to be downright dangerous.

Back to the South Downs, we were in familiar surroundings on our local hills, and our destination lay only two miles away. As head torches swept around, mutterings intensified and stubble was scratched. It dawned that we were lost.

Soon, the expected ‘Let’s try up here’, or ‘It’s this way’ surfaced. Some waved iPhones around helplessly and indeed, our little village flashed a mere 40 minutes’ walk to the east. Despite a majority verdict in Apples favour I disappointed them by asking what was between us and our destination, according to the screen. Blank looks all round.

“Yes, it is that way,” I confirmed. “But, your iphone won’t tell you about the possible lake, dense forest or cliff face in-between.

Silence. I asked for the SatNav which was duly handed over. I didn’t own one and wasn’t confident using it, but it seemed user friendly. A red dot signalled our location which I confirmed by a brief walk up the hill as said dot responded by plotting a line. A bridleway about 1/2 mile away linked into a footpath which in turn, descended to cake and tea. I walked off letting everyone know about my rumbling stomach and that my directions were correct, despite mutterings to the contrary. Jeremy, as best mates do, spurred confidence and followed me.

We reached a field and I checked the SatNav again, confirming the course. Several of the group veered off, following tractor marks in the stubble. Supposedly, tyre tracks can deliver us to civilisation, something we should all bear in mind. I urged them to turn around despite concerned voices as checks were made on numbers in the group and ‘stay together’ was banded about. We crossed the field and as I looked to my right, a long stream of head torches swept around like a search party.

Promised path appeared in front of me, I re-checked the screen, noted a sharp incline ahead which finished near, hopefully, familiar surroundings. I turned right, started to climb and sure enough we reached an intersection which everyone recognised, confirmed by blinking lights of the village a few hundred feet below us. 15 minutes later and were steaming up windows and stirring cups of tea.

When lost, your worst enemy is yourself. Despite checking bearings several times, we all still look around, check the map and think:

‘Trust’ your decision’ was the other advice my navigation guide taught me. Have faith in the compass and believe the choice you have made.  Take some time to learn how to use a map and compass, and indeed a satellite navigation device.

I still doubt my abilities when navigating, instinct is a powerful force that is difficult to ignore. If in doubt, I check, then check again and go with it. 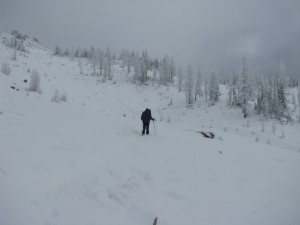 Me hiking in the Cascade Mountains at the end of the PCT.